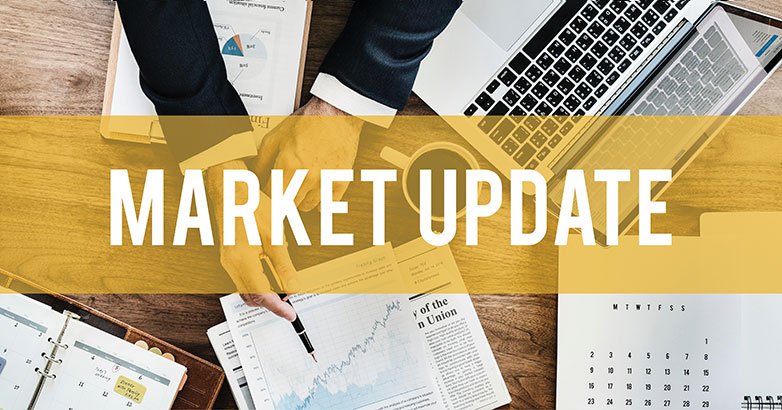 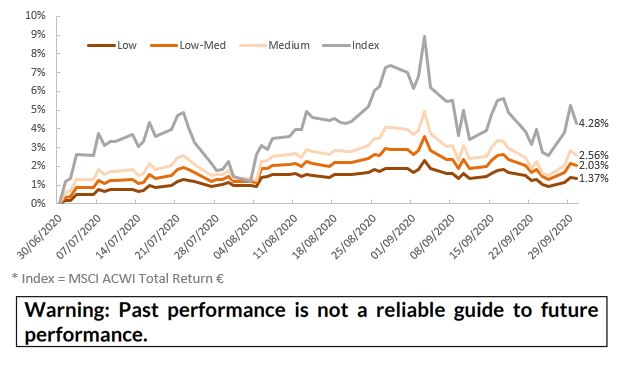 Acumen & Trust’s portfolios continued their recovery from Q1 losses, albeit at a slower pace compared to Q2. Volatility was more present during the quarter as well, especially during September as investors took a step back from the lofty valuations that the equity markets had reached.

As you can see in the above chart, our diversification across asset classes led to smoother returns over the quarter compared to the index. Our portfolios also turned briefly positive for the year during August, before retracing slightly.

Equity markets had a mixed Q3, with good returns overshadowed by the return of volatility. The quarter started off well with positivity from Q2 continuing, before falling in late July as geopolitical tensions between China and US flared once again, with both countries closing foreign diplomatic residences in each other’s countries.

US markets enjoyed a strong August as tech stocks continued their march upwards, while Europe lagged behind due to resurgences in Covid-19, a slowdown in the pace of reopenings and the restart of Brexit negotiations. September introduced a big change in sentiment as the once loved tech stocks fell hard with some entering correction territory (down 10%). There was no trigger for this sell-off, but many believe that the stock market had risen too much and valuations weren’t justified.

The sell-off continued into late September as investors turned their attention to a lack of new stimulus packages from Central Banks and governments. Also adding to worries is the US election in November and the possibility of a contested result if Trump fails to win re-election.

European government bonds performed well as sentiment in the region improved following the approval of a €750bn recovery fund. The move from “risk-on” to “risk-off” later in the quarter helped bonds as investors reassessed their positioning.

Corporate bonds also performed well early in the quarter, supported by the new EU recovery fund before slowing their advance later in the quarter as countries imposed restrictions due to a resurgence in Covid-19.

The big news over the quarter was the US Federal Reserve’s decision to announce a change to its inflation targeting regime in August, saying it would target an average 2% inflation rate, allowing periods of overshoot. This effectively means that interest rates will stay low for the foreseeable future.

Irish property funds continued to face headwinds during the quarter as there is still material uncertainty surrounding the market. On a positive note, construction has recommenced, and transactions have returned to the market but the outlook for office and retail spaces is still unclear.

The prospect of continued stimulus, low real yields and the return of geopolitical risks, drove the price of gold to an all-time high early in the quarter, beating the record previously set in 2011. The precious metal continued to rise, crossing $2,000 an ounce for the first time in early August. Since then Gold has cooled somewhat but is still seen as a safe haven due to a number of risks such as the US election, social unrest, weak dollar and coronavirus fallout.