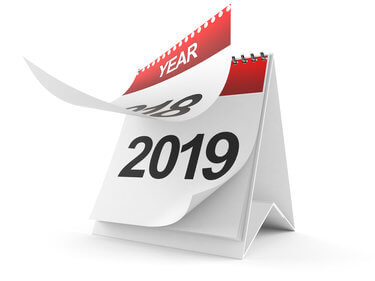 You are no doubt aware of the volatility that has returned to investment markets in 2018, and particularly in December.

We want to update you with our current opinion on markets and the prospects for 2019.

Early 2018 saw a return to normal levels of market volatility, however since September the level of volatility has spiked significantly. In December alone, U.S. stocks (S&P 500) fell 10% and European stocks (Eurostoxx 50) fell 6.6%. As an example of the resulting impact, the Medium risk portfolios in Acumen & Trust fell by 3.80% in 2018, with the bulk of this fall being due to the market falls in December.

WHY DID THIS HAPPEN?

The main reasons for this correction are economic policy related. Trade tensions between the U.S. & China have had a significant effect on the market, as increasing tariffs raise concerns over a slowdown in global economic growth.

The Federal Reserve in the U.S. have also had a negative impact on the market. Despite concerns about the strength of the U.S. market, the Federal Reserve decided to raise interest rates in December. Higher interest rates are generally seen as a headwind for corporate earnings, and the economy in general. Other issues contributed to the correction such as ongoing Brexit difficulties and concerns over companies not reaching their earnings forecasts.

SO WHAT IS OUR CURRENT OUTLOOK?

We favour medium to long term positions for our client’s portfolios. Short term re-positioning is generally reactive, and runs the risk of missing out on recovery (as opposed to curtailing losses).

An example of this occurred as recently as January 2016, when significant concerns over Chinese Growth affected global markets. The chart below shows the extent of the drop in the short term – global stock markets fell by 11.6% during January/February, but a full recovery from that fall was achieved by early April, and that recovery continued through in to a strong 2017.

Looking at the current scenario, we can see that:

These indications suggest there is scope for markets to recover this year.

In light of all this we believe that a recovery in markets is likely, albeit with bouts of volatility along the way. We are beginning to see some signs of this, with the Eurostoxx 50 being up 6%, and the S&P 500 up over 10%  since the Christmas period, albeit not in a straight line.

We do have some concerns for 2019. The most significant for us, would be a weakening in general corporate profits, and as such we need to be vigilant. However, broadly, we are optimistic for a recovery and we are recommending that we hold portfolio positions at this time.

This bout of volatility is nothing new to equity markets, and staying invested through such periods has tended to pay-off in the medium / long term.

If you have any queries, please feel free to contact your consultant to discuss your own portfolio.